Here's why most companies building B2B software with technical users will launch this way in the future.

In the early days, startups are ravenous for feedback. It's the easiest way to build something that people want. It's very unlikely you'll hit the nail on the head with the first thing that you launch.

How do you make it useful? User feedback and iteration. Perhaps even a pivot.

It has never been so easy to launch a SaaS product. That means there is an ocean of generic-looking SaaS launches. Even if the products launched this way look useful, the thought of security issues with how your data is handled or the service disappearing in a few months, scare off many technical users. SaaS means new users have to be willing to give up time and their data in exchange for feedback.

Following the open source route means you are building in a place like GitHub, which is designed for people to raise issues and submit feature requests. The vast majority of open source users already have a GitHub account and can just raise an issue. SaaS product feedback in the early days usually involves emails/phone calls/Slack groups. Open source has all of this available and their community of users are already used to leaving feedback in the repo.

It's tough to measure the advantages of this stuff, but taking YCombinator launches on HackerNews, we think this is why our own launch was the most upvoted from the W20 batch.. and that's with a product at the time which was only 4 weeks old. Unsurprisingly, there are now a bunch of awesome OS projects in S20 with the same or more upvotes than us :)

Your work is public

The complete visibility of your entire codebase is scary. But you get over it. Then you realize it forces you to do a much better job. It now becomes a strategic advantage to have nice code - not only can your own company get new engineers up and running fast, but you're more likely to build a healthy community if they can contribute easily.

Early on, this can make shipping a little slower, but we've found this is outweighed as a team working on your codebase can make sense of it much faster.

As dumb as it sounds, it's also just more fun working transparently with users. It's a lot easier to be passionate about open source than SaaS.

More people want to work with you

Life is fluid but open source gives a true sense of building something durable. It adds extra purpose to everyone's work automatically.

People just want to work on something that will be placed in a vault in the Arctic, to last the next 1,000 years.

This means a bigger and better hiring pipeline.

It's nifty being able to say anyone in the world is welcome to use or modify what you're working on, even if they have no money to spend. It's gratifying to be offering something for free, forever, that lots of people can find useful.

Big companies can use it

Within weeks of launching the project, we had some of the world's biggest companies using our code (or trying to use it, and giving feedback on what went wrong!).

If you've ever tried to sell software to huge organizations, it's typical to spend 1 to 12 months going through information security processes. Often these are due to concerns with sending data to third-party infrastructure.

Open source means enterprises can inspect the entire codebase and self-deploy. And you can always just provide your project as a hosted offering too in case that's easier.

Your users are nicer to you

Each bug becomes an opportunity to build goodwill. "Woah they fixed that bug so fast, I love them" is a thing.

Open source software builds trust with users. After all, you can see exactly what the code (and often, the team) is doing.

When StartupSchool started using PostHog, a key reason they moved forward was that they were able to fix or fill in the gaps the project had. As we fixed these problems with them and built new stuff, the project got more useful for everyone.

If your SaaS only company has lots of bugs, users have to wait for you to fix stuff. They can't just go out there and fix it themselves, nor help you fix them.

Open source has a wonderful culture of developers filing bugs so they can alert you to problems you may not have even found yourself, and as a project grows in popularity, many users will start fixing issues in a cool hive-mind like way!

If this makes you think "heck, we better open source our thing", great.

However, the advantages above won't all apply if you're building something that developers don't care about.

If you have a system that would only have interactions with non-technical users (whether day-to-day use or implementation), then you might be out of luck.

However, even though the points presented here may not apply to your business, there are still various other benefits to being open source, so maybe don't drop the idea just yet. 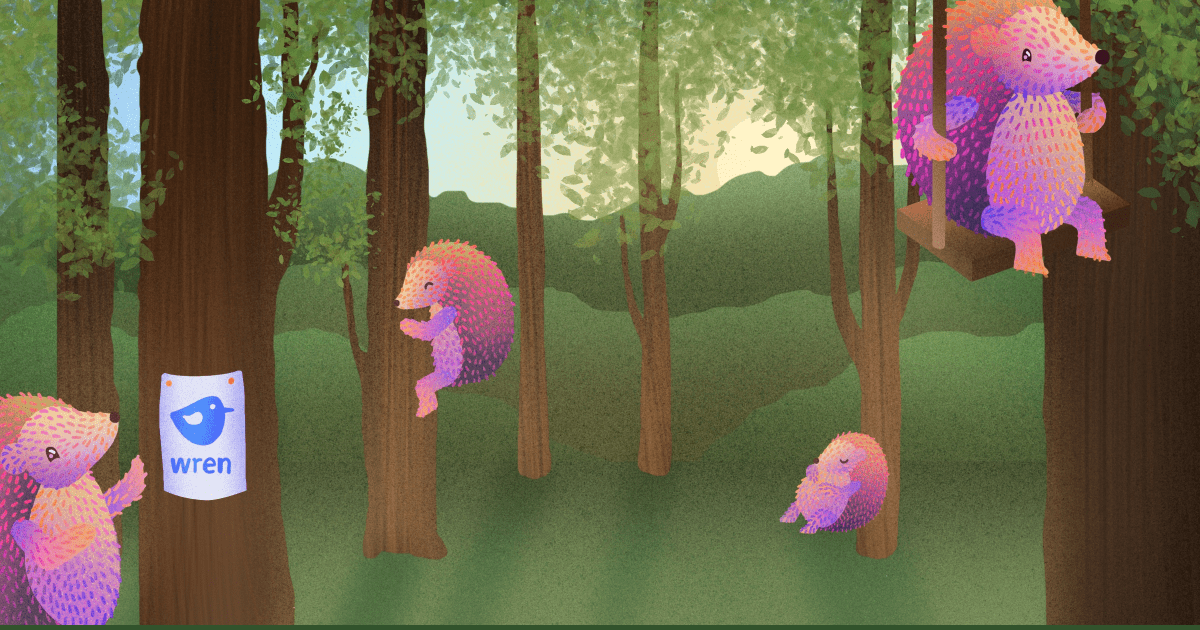 How PostHog uses Wren to offset carbon emissions during offsites