(Welcome to another episode of PostHog's Community Conversations where we chat to our contributors and users.)

Unlike most tech founders, Leo Anthias didn’t study computer science at university. Instead, he took Persian History and Modern American Drama after a chance encounter with a professor who made medieval history fascinating. Despite his non-tech academic background, however, Leo has been coding for years, from early roles as CTO of Kivo, a YC-backed document collaboration start-up, to his current job as CEO and co-founder of Datapane.

A former YC alumnus, his fondest memory from that time is the absolute focus and discipline that was needed to perfect one’s product strategy, ideal customer profile, and marketing and distribution. His strongest productivity tip to date is to focus on optimizing one thing at a time, and this pairs well with his ability to perform well under pressure - especially when running against externally imposed client deadlines.

"It's really nice to just focus on one thing. For the last two or three days, I've really only focused on our onboarding flows for guides and tutorials for new users. And being able to just focus on that one thing has meant that probably I've gotten a lot more done than if I tried to do that while at the same time running a hiring process, while at the same time having a fundraising process, whatever. Even though all of those things are of equal importance, it's really key to just pick one of them at a time." - Leo Anthias

After returning to the UK, Leo co-founded another company: a data science model deployment platform. Their goal was to make it easy for engineers to publish a model to the cloud, scale it, and integrate it. Part of that service was a library they built for their customers, which they eventually spun out into a separate product - Datapane. Datapane is an open-source library which makes it easy for data scientists to create interactive data science reports using Python which they can share with their team or community. 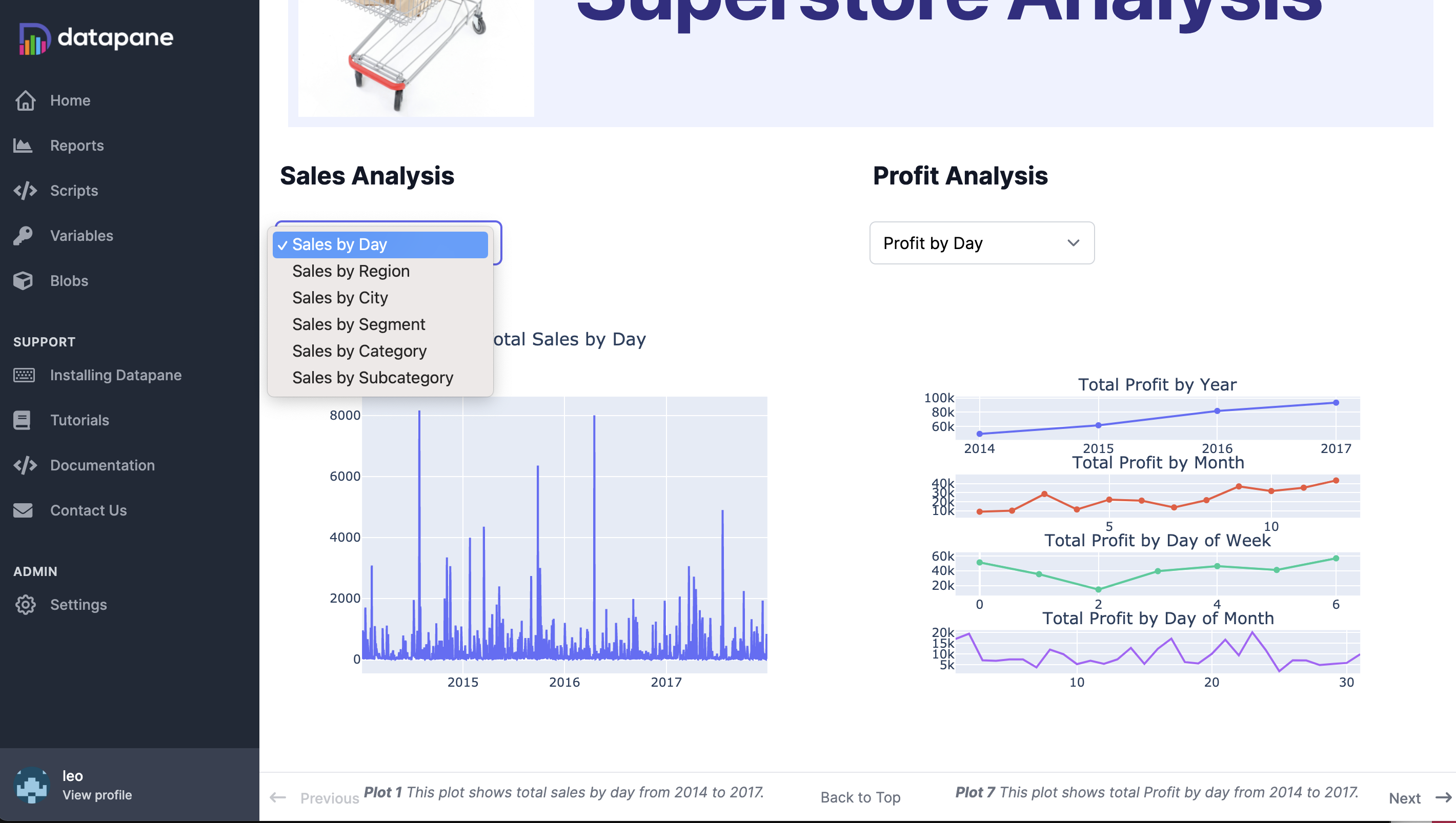 Datapane’s birth was inspired by data scientists who didn't want to use drag-and-drop tools (like Tableau) and actually wanted to write code for analysis, visualization, and collaboration. Being locked into proprietary software ecosystems makes it hard to publish new research with the world, so Datapane aims to simplify going from coding data in Python to sharing snippets on Medium or in PowerPoint decks. Leo and his team thus optimize for the number of people building and sharing reports. 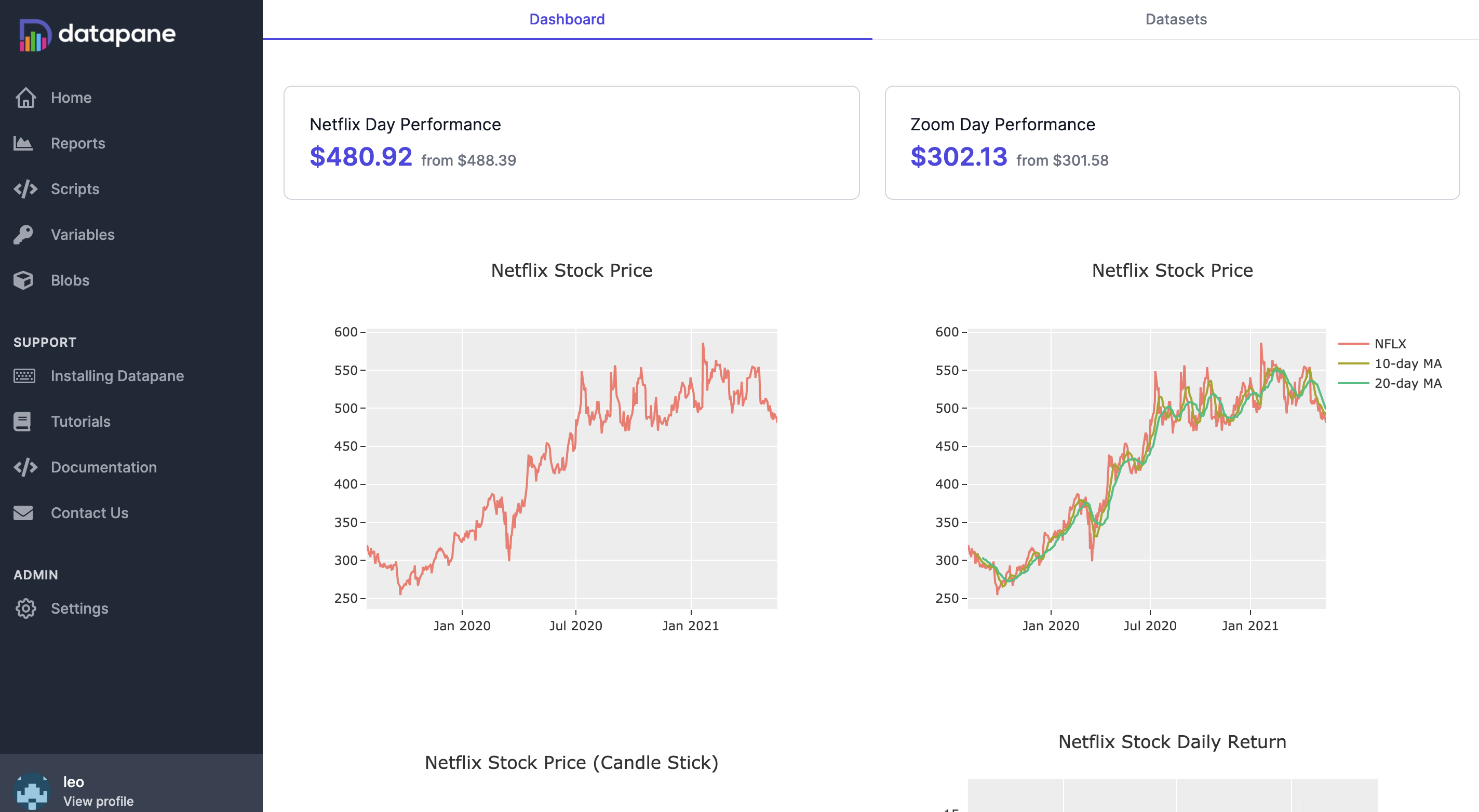 Datapane uses Django as a base, Alpine JS for the frontend, Tailwind CSS for the design, React for highly interactive components, and Kubernetes for handling orchestration, workload execution, and other cloud-based tasks. 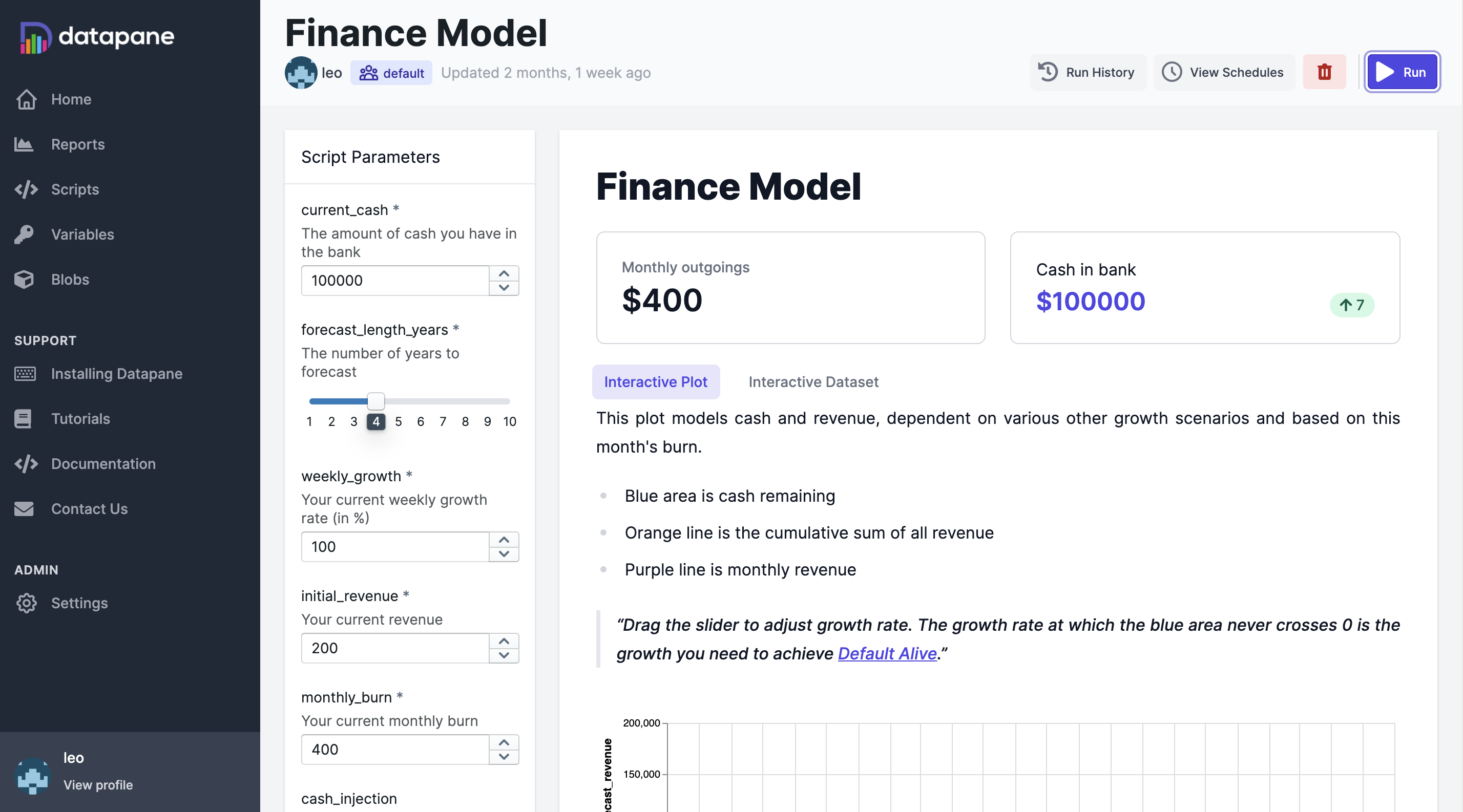 One of Datapane’s best features is being able to create reports in your browser (using a Markdown editor) without needing to go through Python libraries. Leo and his team are also looking to improve the viewing experience on mobile. 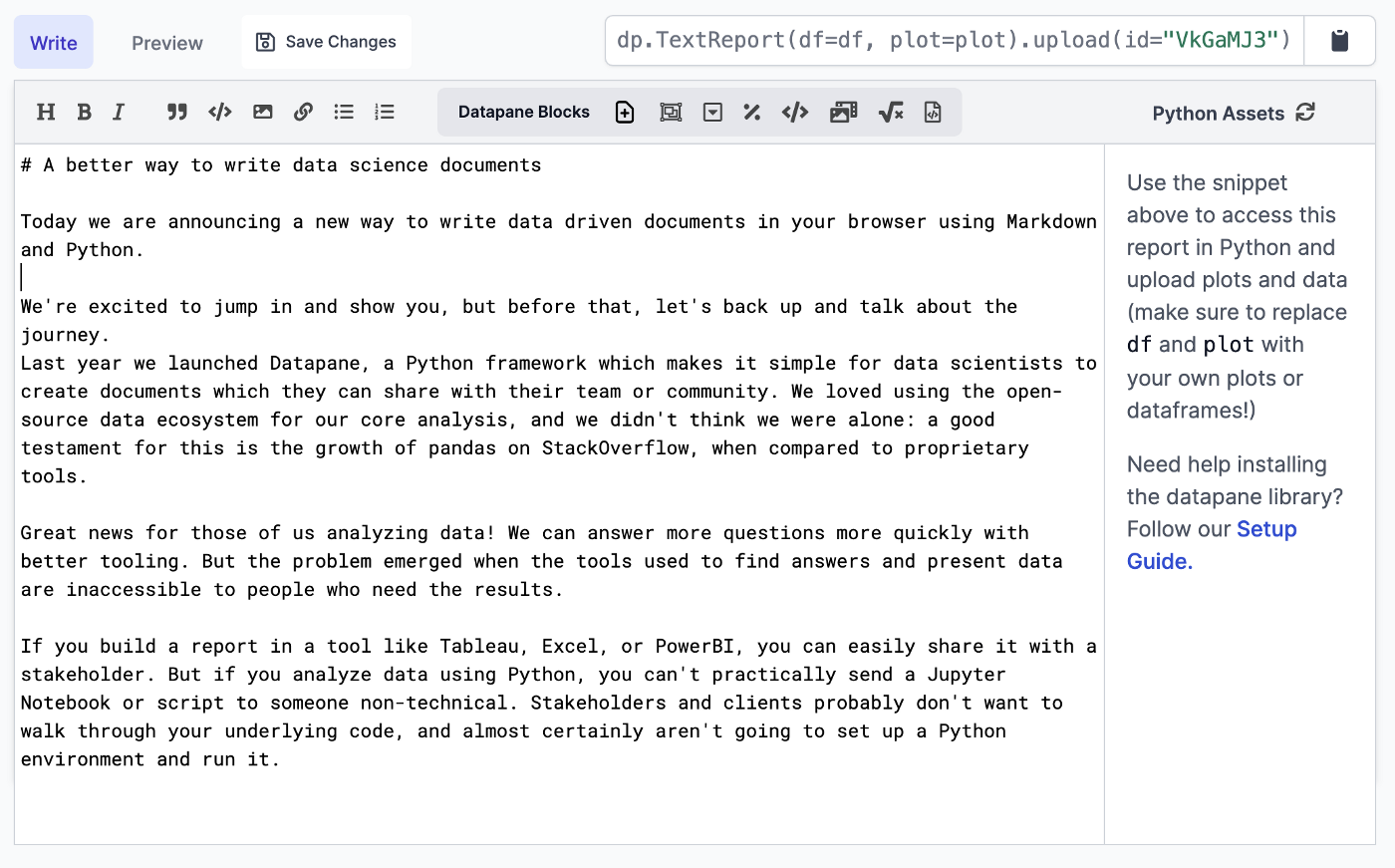 Besides the usual founder tasks like admin and hiring, Leo spends most of his time talking to users - especially since open source projects tend to attract engaged communities.

"I spend probably the majority of my day talking to users in some kind of capacity. That could be in a sales, support, or evangelism context. But yeah, that's pretty much what I do. Maybe I have a bias because that's the stuff I enjoy the most." - Leo Anthias

Datapane’s product philosophy focuses more on iterating quickly, building on existing work (i.e. not reinventing the wheel), building for their own users first and foremost, and nailing product/market fit.

"I think that product/market fit above all else has embodied everything we do from how code is built and written and released, to how we talk to users, to how we work with customers." - Leo Anthias

This obsession with fit extends to hiring, too. Leo looks for humility in candidates - being able to admit limited knowledge and work well with others to fill those knowledge gaps. On the flip side, trash-talking one’s previous employers is a huge red flag for him.

"Sometimes you're interviewing someone and it becomes very obvious that it was everyone else's fault every step of their career where something didn't go a certain way. It's good to have constructive criticism of previous places you've worked, but with some people, it does seem there is a history of them being toxic or negative about previous employers, which isn't really what you want to hear in an interview." - Leo Anthias

Calling in from his home in Frome, about 45mins away from Bristol, England, Leo is a vintage keyboard enthusiast who struggles to find time to play his instruments.

"I would like to play them more, but I find that the more things you have and the more clutter, it's actually harder to produce anything useful." - Leo Anthias

Andy Grove’s treatise on Intel’s strategy and growth, “Only The Paranoid Survive,” left quite the mark on him - and informs much of his philosophies around pivoting and iteration.

"It's a pretty old-school book, just on strategy, how Intel moved from being in the semiconductor space and how they decided to move out of that market… It’s really great as a historical reference." - Leo Anthias

If he were starting his career all over again, he says he’d focus on just one metric and optimize for that in all his endeavors. In his words, this would have helped him moved much faster in his career and business pursuits. We agree.