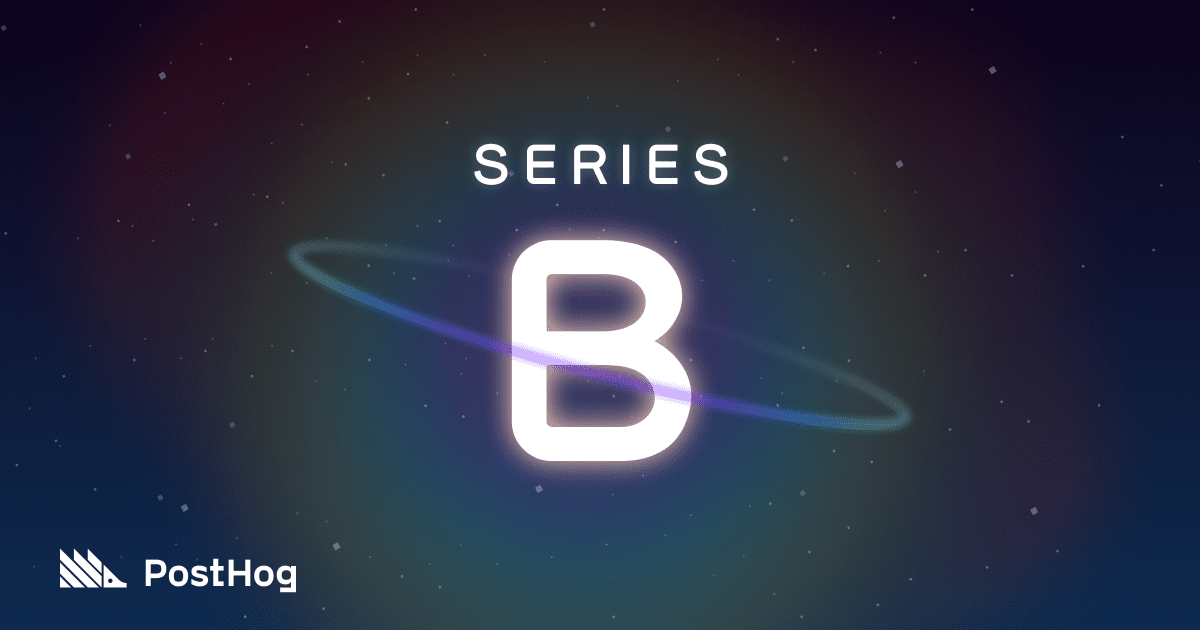 The company's Series B was led by existing investors Y Combinator's Continuity Fund, with participation from GV (formerly Google Ventures), and takes PostHog's total funding to over $27M, despite the company only recently turning one year old. As part of the round, Ali Rowghani, Managing Partner at YC Continuity, and former COO at Twitter and CFO at Pixar, will join the PostHog board.

PostHog's mission is to increase the number of successful products in the world. Their open-source platform lets developers track product usage, understand the impact of new features on user behavior, and integrate product and user data with data warehouses - all without sending any data to a 3rd party.

PostHog Scale is now live — a new plan that enables teams with anywhere from thousands to millions of users to track their product usage for free, all in their existing infrastructure.

James Hawkins, co-founder and CEO, said: "To date, product analytics for those using data warehouses has been painful — developers are between a rock and a hard place. They can either code their own data export libraries and their own SQL, or they'd have to send user data to a 3rd party and incur massive data transfer charges. Companies want to leverage their data more than ever before, data warehouses are getting cheaper and simpler, and we can support their adoption as they become mainstream. PostHog means data analysts no longer need to lose hours producing simple product usage visualizations."

Tim Glaser, co-founder and CTO, said: "Whilst everyone else is focused on product managers, we've believed since Day 1 that product analytics should be developer-led. They're the ones building the product. We've now made our more scalable product free, with the goal to move it to open source as soon as possible. This enables an individual developer, in an enterprise or scale-up, to use PostHog on their infrastructure without vendor lock-in and without sending any user data to a 3rd party — at massive scale, for free."

Transparency is key to the company. Not only does the company have a public handbook, it's possible for anyone in the world to follow along or even contribute to the day-to-day planning and development of the product.

James, co-founder and CEO said, "Having the conviction to focus on controllable inputs — such as a better experience for developers — is the best long-term way to achieve the outputs you need. Transparency has been a key part of building developer trust, and this has enabled us to build a large community. We're now seeing hundreds of people installing the free platform each week, we have over 150 people contributing to our code on top of our own team, and we have thousands of deployments. This has resulted in us getting overwhelmed with requests for our paid product."

PostHog will use the funding to focus on another major input — having the best people in the world join the team. This will accelerate improvements to self-hosted deployment at scale, data warehouse integration and tutorials, user experience, marketing, and customer success.

YC Continuity is an investment fund dedicated to supporting founders as they scale their companies. Our primary goal is to support YC alumni companies by investing in their subsequent funding rounds, though we occasionally invest in non-YC companies as well.

Like YC's early-stage partners, the entire YC Continuity team has strong operating experience. We work to create opportunities for founders to continue their personal growth and scale their companies successfully.

We also run the YC Growth Program, which brings together founder-CEOs who are leading rapidly growing companies.

Why we raised a $15m Series B ahead of schedule

Last week we proudly announced we’d successfully raised $15 million in a Series B funding round, with support from Y Combinator Continuity Fund and GV (formerly Google Ventures). You may have seen the news on VentureBeat. What made this funding round…
Read Post

By: Engineering @ PostHog Eric: I'll just do it on my computer, upload it, and then toss it later. Cool. I guess actually, a good way to start would be, Sam, what is your understanding of setting the filters and properties right now? Sam: Oh my gosh…
Read Post